Observing Climate Change Impacts at the Headwaters of the Amazon 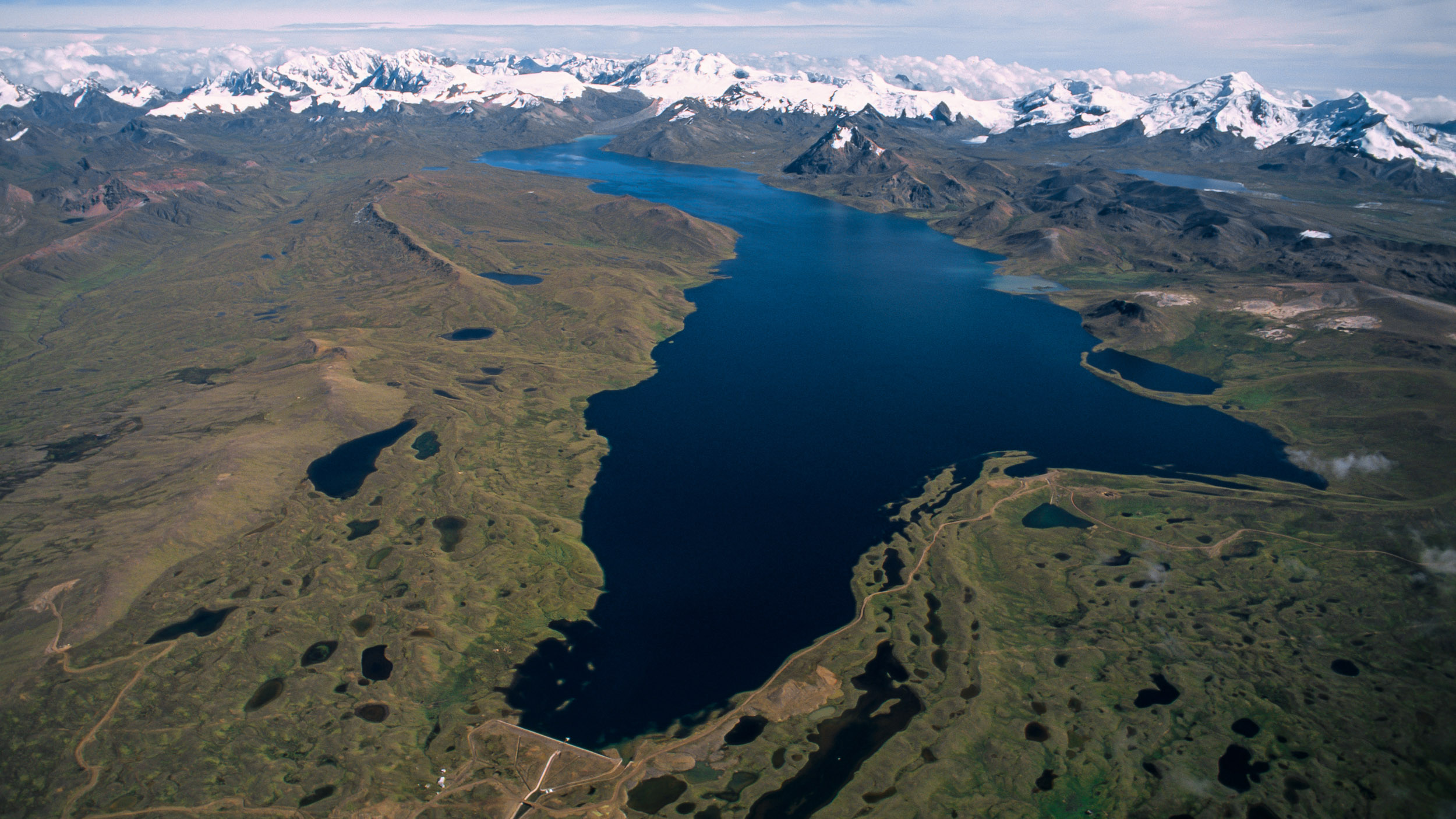 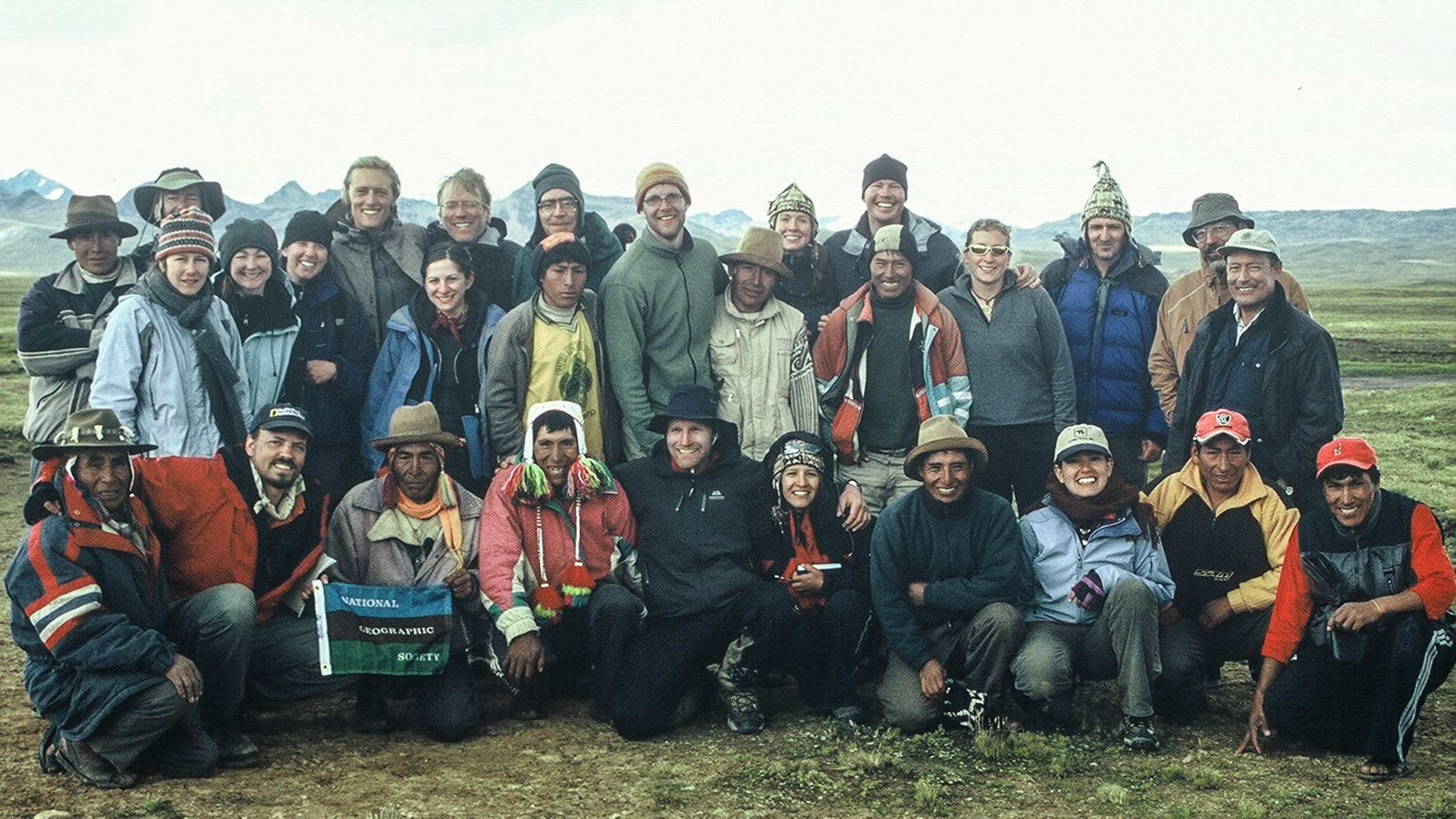 A summary of research progress

In 2000, the National Geographic Expeditions Council funded the 2-month long Research Expedition to the Cordillera Carabaya, Peru, a project designed to bring attention to the local impact of the first trans-Andean road to link to the Trans-Amazon Highway in Brazil. This effort culminated in three major media products: a feature article in National Geographic Magazine, Peru’s Long Haul – Highway to Riches or Ruin by Ted Conover with photography by Maria Stenzel, June 2003; a National Geographic Explorer television documentary Lost Land of the Andes, April 2001; and NPR/National Geographic Radio Expeditions, a 17 minute radio production broadcast nationally on NPR’s Morning Edition over 2 days in November 2000. While our team’s primary mission objective was amply achieved through these media products, a secondary objective, to begin comprehensive study of the impacts of climate change on tropical alpine environments, was also well served by the field expedition. Since then we have continued to conduct annual expeditions to our principal field site in the Cordillera Vilcanota, a heavily glacierized range of giant peaks which houses the Quelccaya Ice Cap, one of the most important paleoclimate research sites in the tropics, and Sibinacocha, the largest high alpine lake in the Andes and a primary source of the Amazon. Now, ten years later, we can report on a substantial body of research that offers compelling visual evidence of the how rapid climatic warming is driving ecological changes in the high mountain landscape. The project has expanded in scale and scope and now involves a multinational group of scientists.  Other than generating knowledge on the dynamics of climate change, our effort at data collection and analysis have established a robust body of scientific information from which comprehensive regional conservation and management plans can now be developed. Some of our key initiatives are outlined below.

One of the secondary objectives of the 2000 expedition, and follow-up work in 2002 and 2005, was to re-photograph oblique ultra-high resolution aerial scenes of the glacial peaks of the Vilcanota originally captured in 1931 by the Shippee Johnson Expedition, an American Geographical Society-funded research team. Photogrammetric analysis enabled us to reconstruct the original flight track, and by using GPS tracking we aimed to navigate an aircraft to the sequence of approximate photo points to enable repeat photography in high resolution. The general concept was demonstrated by these early efforts, but imprecision in photogrammetric measurements and the lack of a suitable aircraft platform introduced large errors. Both of these shortcomings can now be overcome, the former by new digital photogrammetric methods being applied by an expert cartographer, and the latter by the recent availability of a performance aircraft outfitted for aerial photography now licensed for work in Peru. We believe that these technologies can be applied to enable high-resolution, near-exact replication of the original Shippee Johnson scenes 80 years after the originals were imaged. And, because the original photo series contains detailed views of the heart of the range from all sides, we believe it will be possible to create 3-dimensional models of the range showing its abundant glacier cover in 1931 and its much reduced ice cover in the present day. 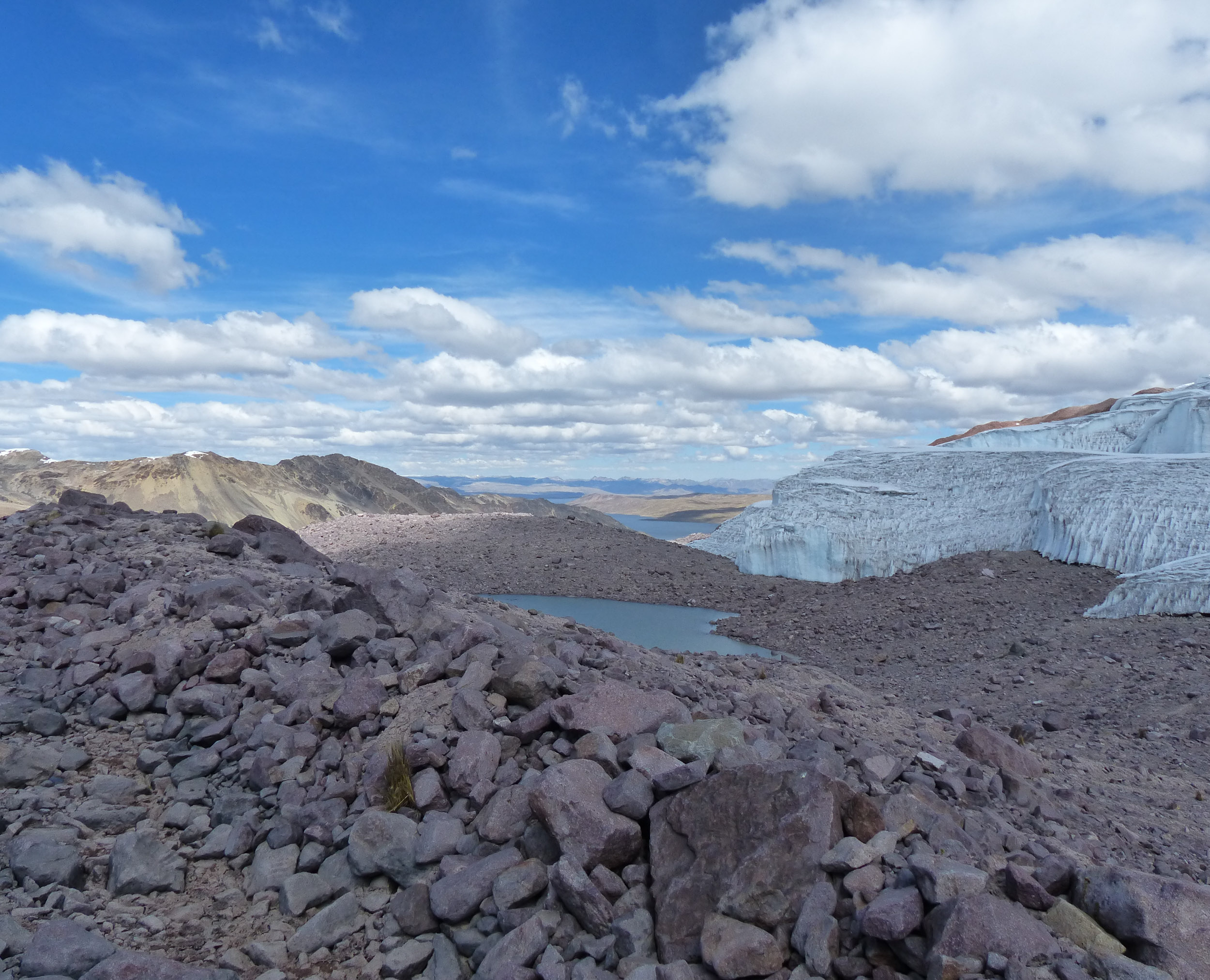 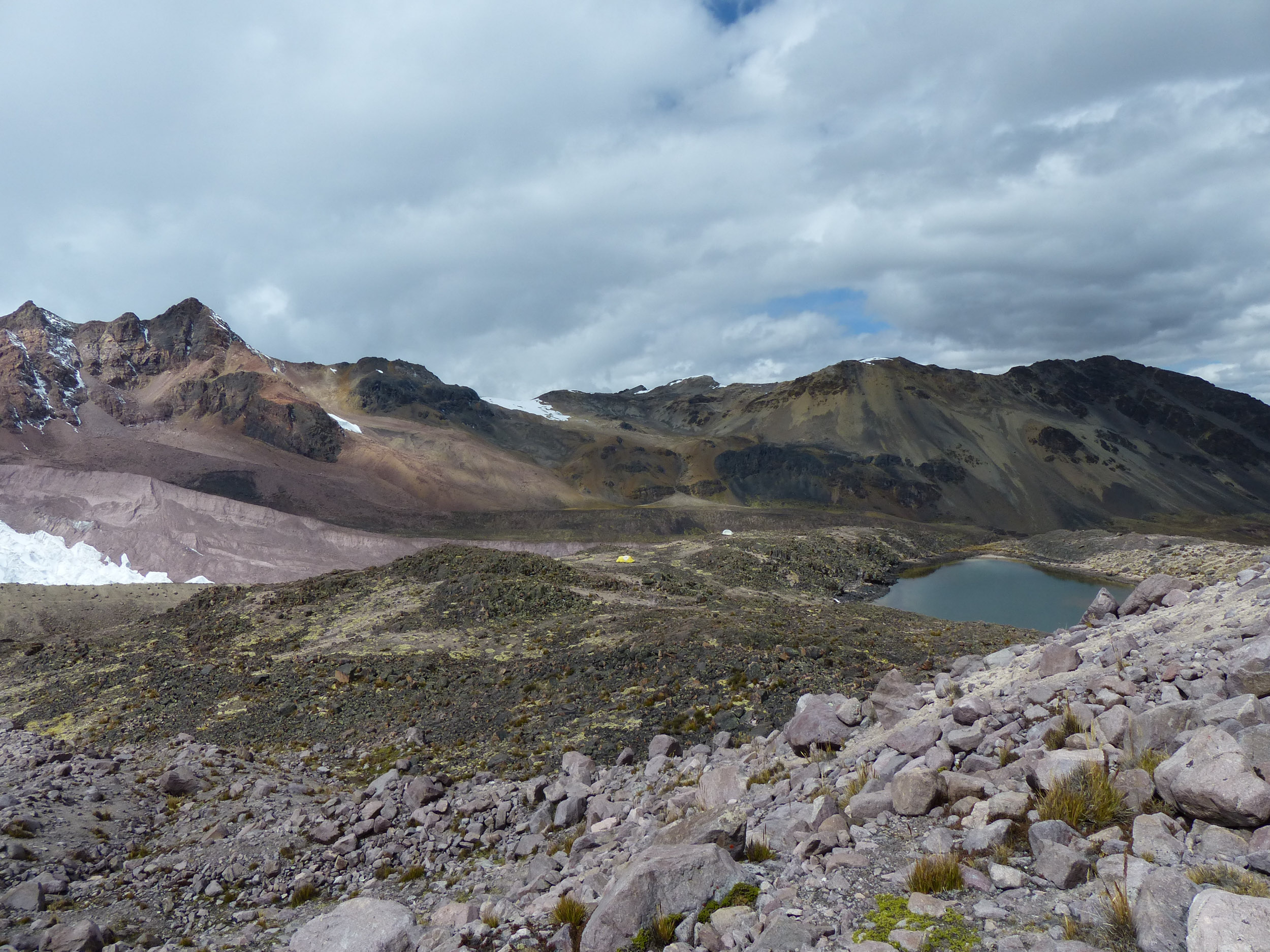 The establishment in 2002 of the “Rititica” monitoring site at 17,100 ft (5250 m) near Lake Sibinacocha represented the beginning of formalized long-term ecological monitoring in the Cordillera Vilcanota. This was the highest site established of the GLORIA global network and was also the first in South America. Our team has been instrumental since then in promoting the rapid expansion of the network throughout the Andes. We will resurvey the Rititica site in 2011-12 and look for evidence of changes in species assemblage, an expected consequence of the accelerated climatic warming ongoing in the region since the 1970s.

For more on the GLORIA sites in the Sibinacocha watershed see: http://www.condesan.org/gloria/content/cordillera-de-vilcanota-laguna-de-sibinacocha

Through detailed multiyear studies on the dynamics of precipitation formation in the high Andes, we have developed novel methods for relating the isotopic signals recorded in tropical ice cores from Quelccaya and other high Andean ice core sites. These methods are being refined, and have important implications in our understanding of past and present climatic changes in the tropics.

For more information on the Dr. Baker Perry’s climate studies currently being conducted in the Sibinacocha Watershed see: http://icecap.appstate.edu 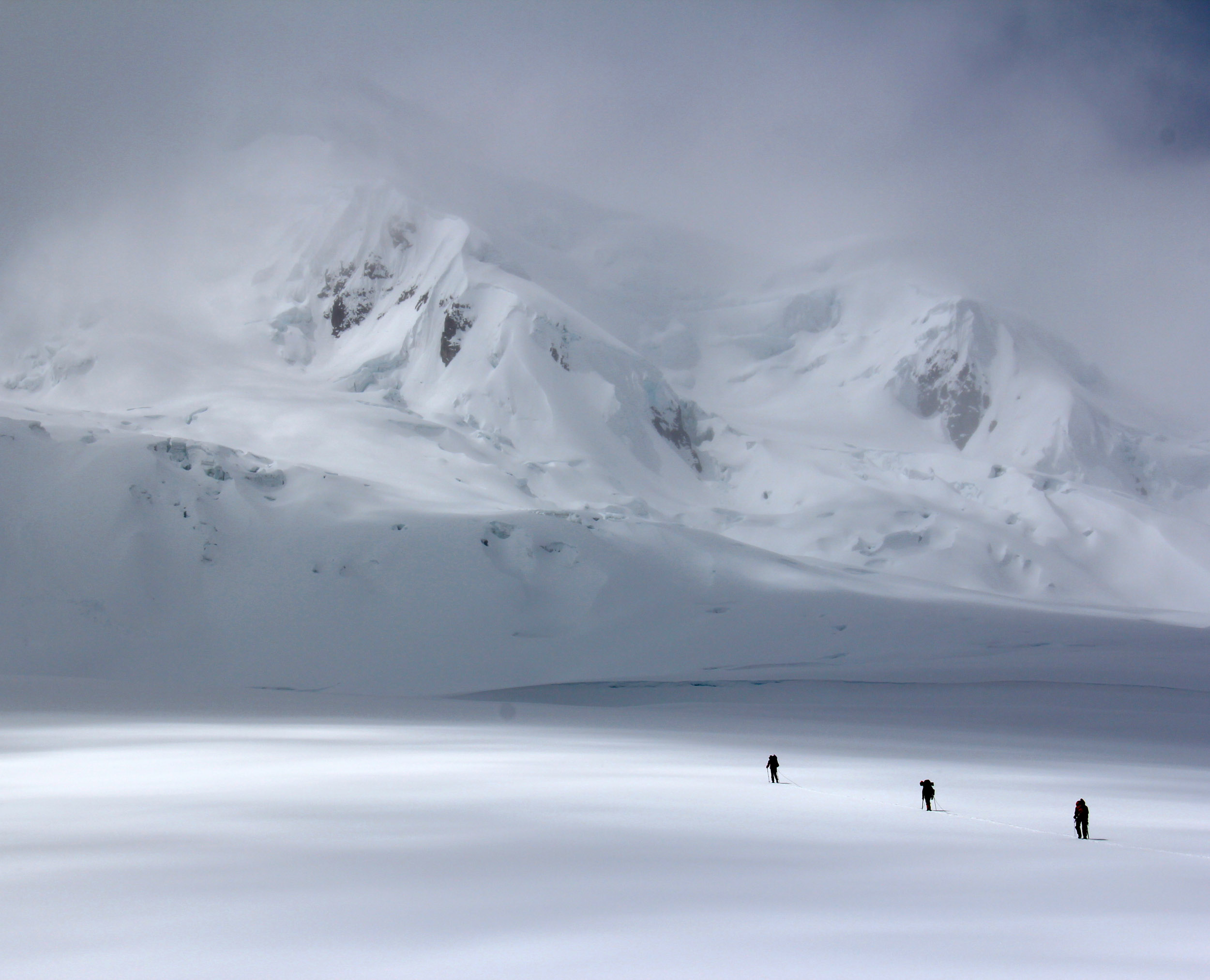 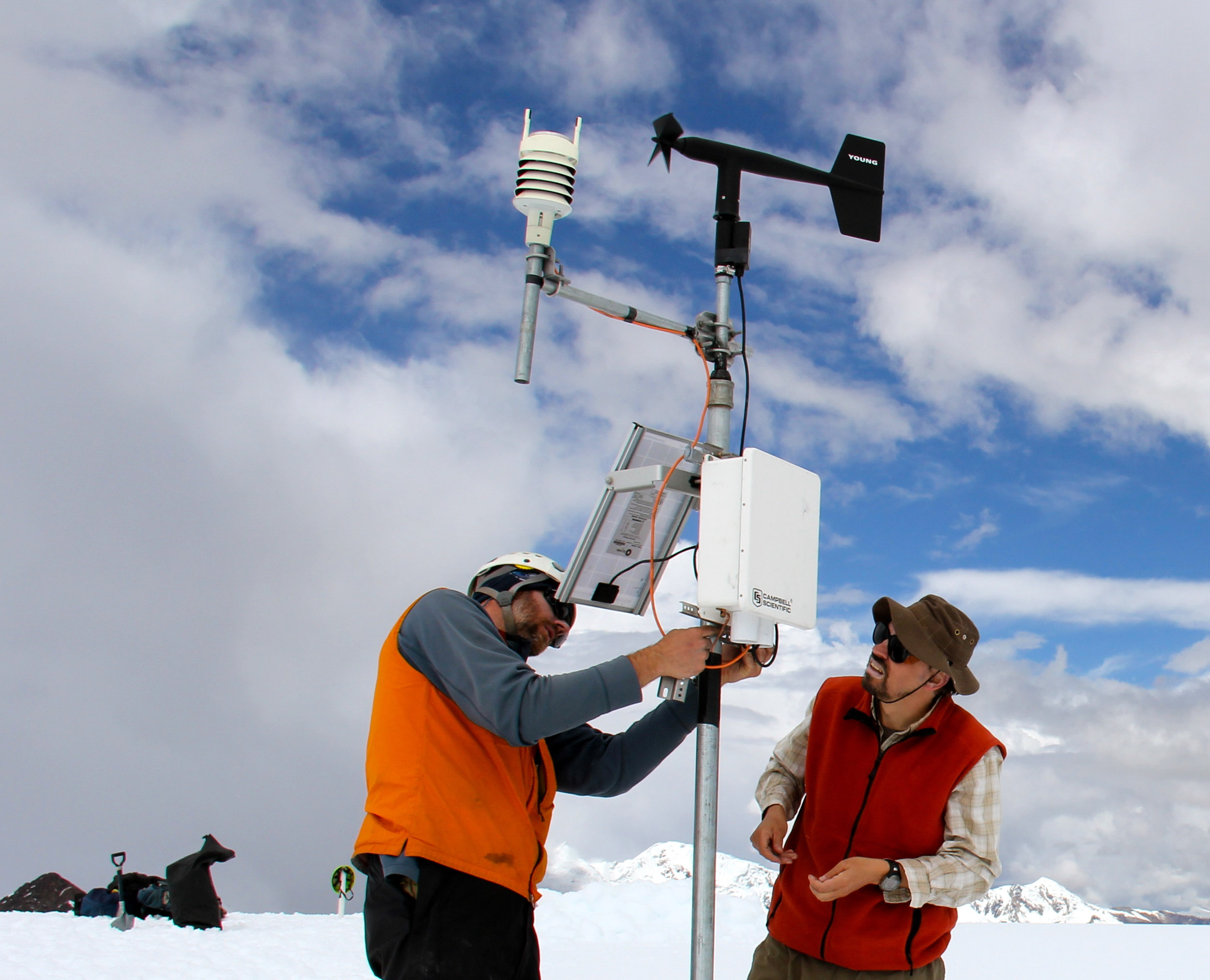