Long-term monitoring of amphibians in the Cordillera Vilcanota, Perú

Amphibians are indicator species for environmental and climatic change, and high mountain environments provide an exceptional opportunity to study amphibians in the context of a dynamic and rapidly changing environment. Our work is based in the high alpine watershed of Lake Sibinacocha in the Cordillera Vilcanota of southern Peru. This lake is a major headwater for the Amazon ecosystem, and there three species of frogs and toads, Telmatobius marmoratus (marbled water frog), Rhinella spinulosa (the Andean toad), and Pleurodema marmoratum (marbled four-eyed frog), have expanded their range over the last century to inhabit newly formed ponds created as ice caps in the region have melted and receded due to global warming. These amphibians now are found at the highest elevations (5200-5400 m) ever recorded for any amphibian species. As these species are adapting to the warming climate by migrating and breeding in new ponds formed by deglaciation, they are also being impacted by disease (Seimon et al, 2007). 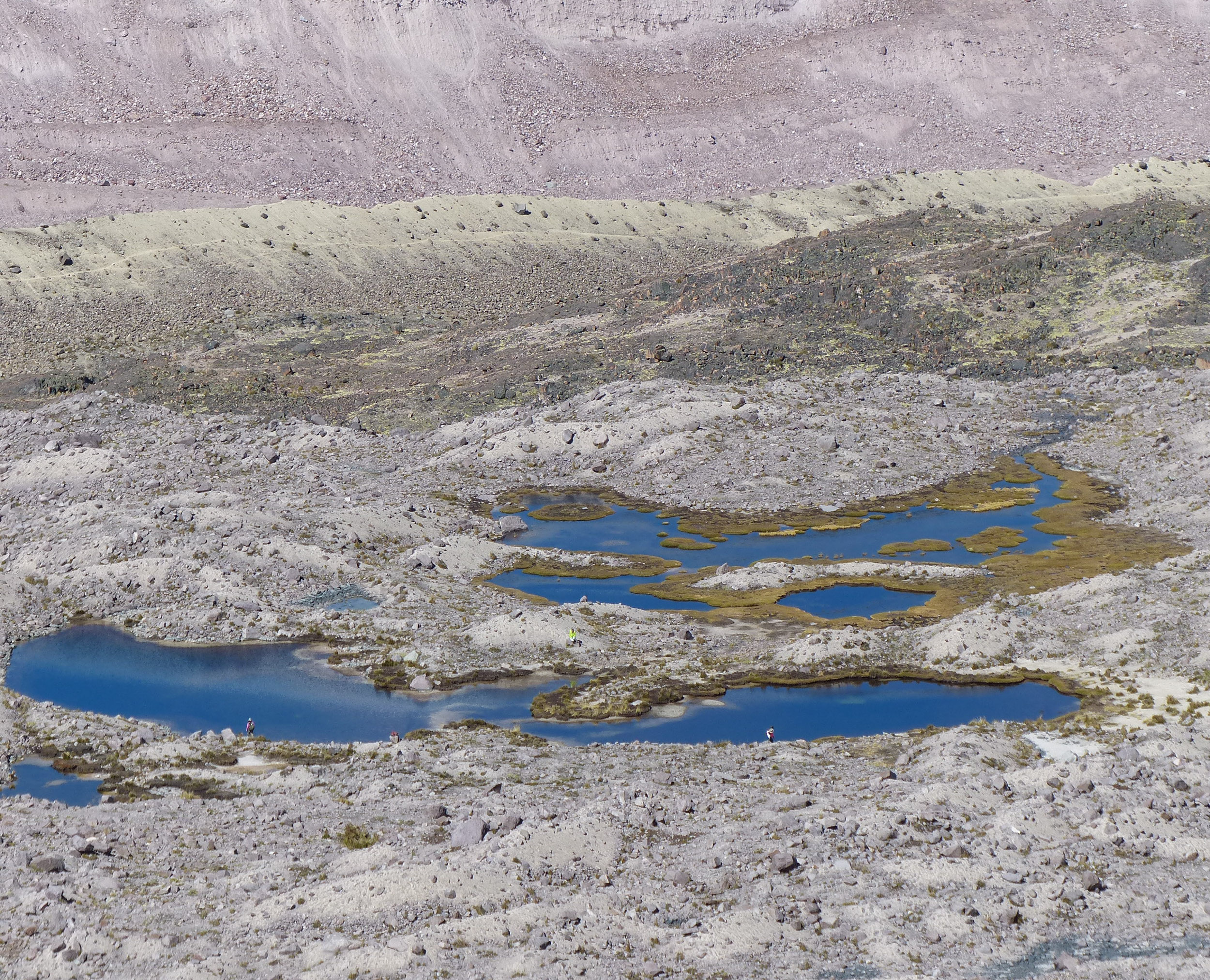 Chytridiomycosis is an infectious disease caused by the chytrid fungus Batrachochytrium dendrobatidis or Bd, and is a significant threat to toads, salamanders and frogs around the globe. This disease is currently considered to be one of the greatest conservation threats to amphibians. Bd is a waterborne pathogen that infects the skin of the amphibians. There the fungus multiplies, infects more and more skin cells, and in doing so, compromises the animals ability to breathe, and maintain proper temperature and hydration. Some species are resistant to infection, while in others the death toll can reach 100%. Since 2003, a year after we first identified the presence of Bd in this region, we have been monitoring these amphibian species to better understand how they are adapting to this rapidly changing environment and to Bd. In 2003, we found the first evidence of amphibians including T. marmoratus developing chytridiomycosis at our high site (5244m), and one year later, in 2004, we encountered a major mortality event that killed 24 adult and juvenile T. marmoratus (Seimon et al, 2007). We have been actively monitoring Bd in these populations using a mobile molecular laboratory to perform genetic testing on swab samples collected from these animals: http://www.livescience.com/50483-will-mobile-labs-halt-killer-chytrid-fungus.html 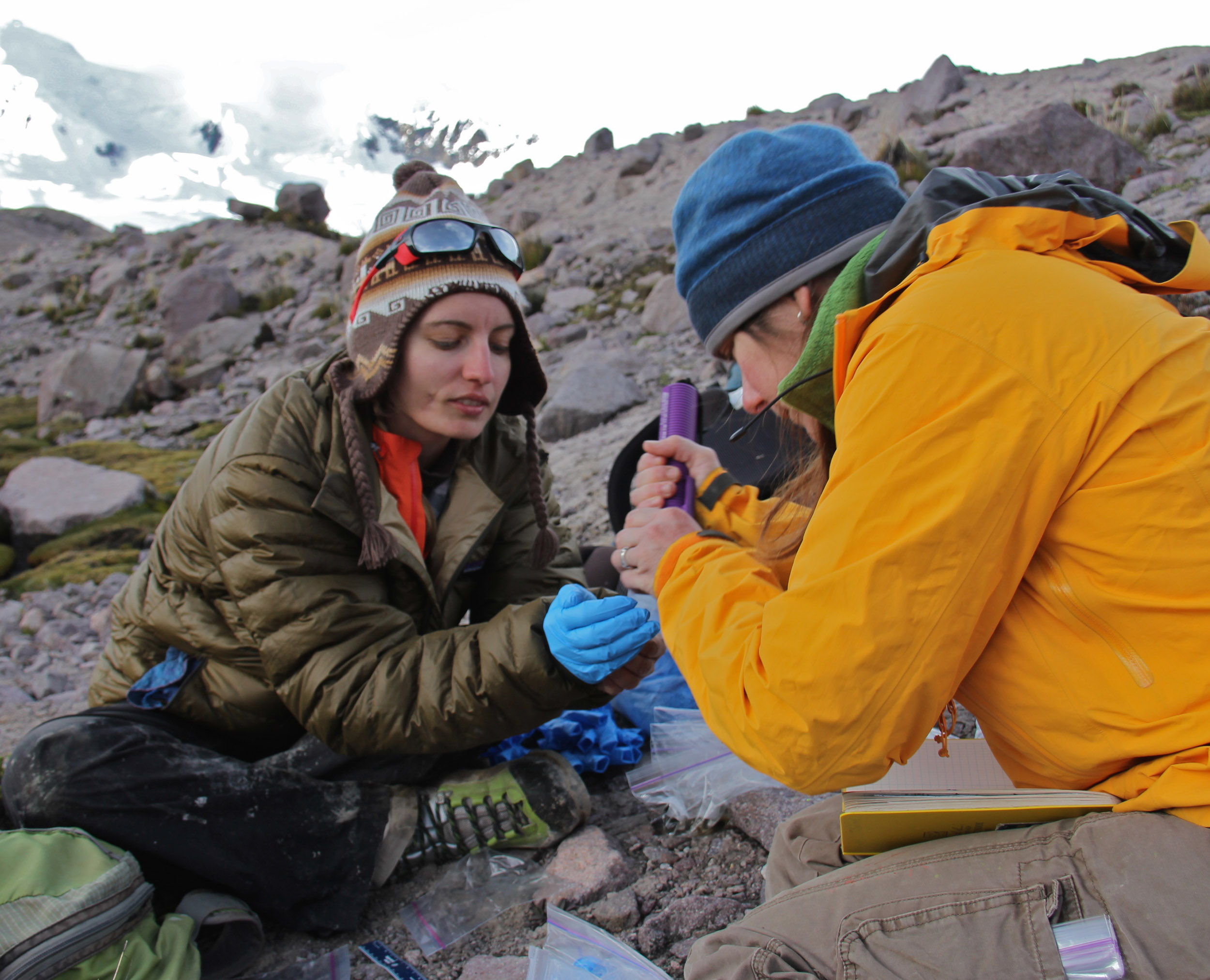 Telmatobius have been disappearing all over the Andes. Of 59 recognized species of Telmatobius, 68%, or 40 species, have populations that are in decline, and the majority of the remaining 11 species are data-deficient (IUCN). T. marmoratus has the broadest distribution of any species within the genus, and is actually a complex of more than one species. T. marmoratus are found in the Andean highland region of southern Peru, northern and central Bolivia and northern Chile, and have the largest elevational distribution (3,000-5,244 m) of the genus. They are also listed as “Vulnerable to Extinction” by the International Union for the Conservation of Nature (IUCN), and like many species in this genus, the population is projected to decrease by more than 30% over the next 10 years due to the factors including chytridiomycosis, over-harvesting for the food trade, and a deterioration in habitat quality as a result of water pollution (http://www.iucnredlist.org/details/57349/0; Ergueta and Morales, 1996, Merino et al. 2005, Von May et al 2008, Seimon et. al 2007, Angulo et al 2008, Catenazzi et al 2010, Catenazzi et al. 2010b, Barrionuevo and Mangione. 2006).  This project is designed to provide direct observations on how amphibians, including T. marmoratus, are being affected by two global threats: climate change and disease (chytridiomycosis) in high Andean watersheds of the Cordillera Vilcanota. 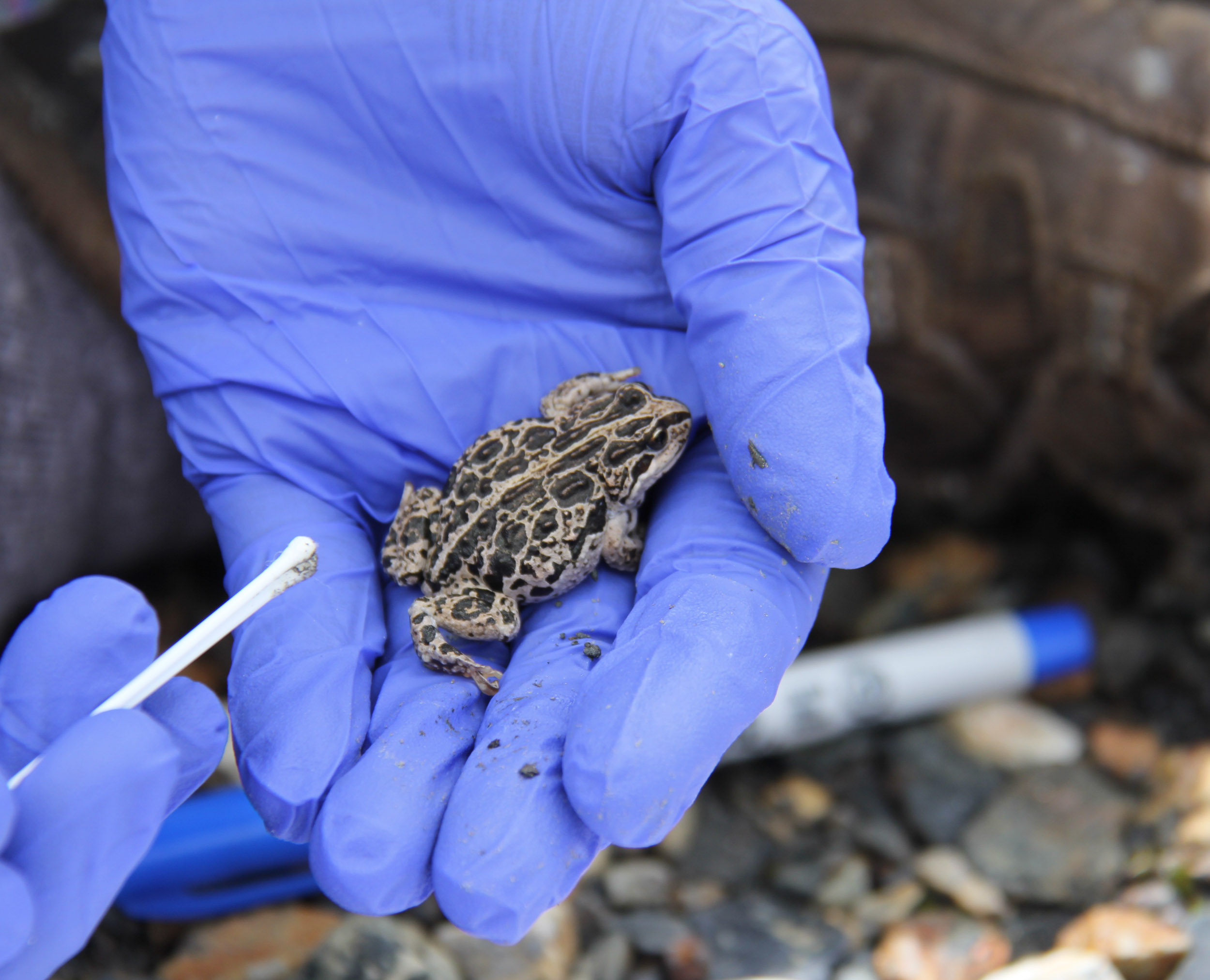 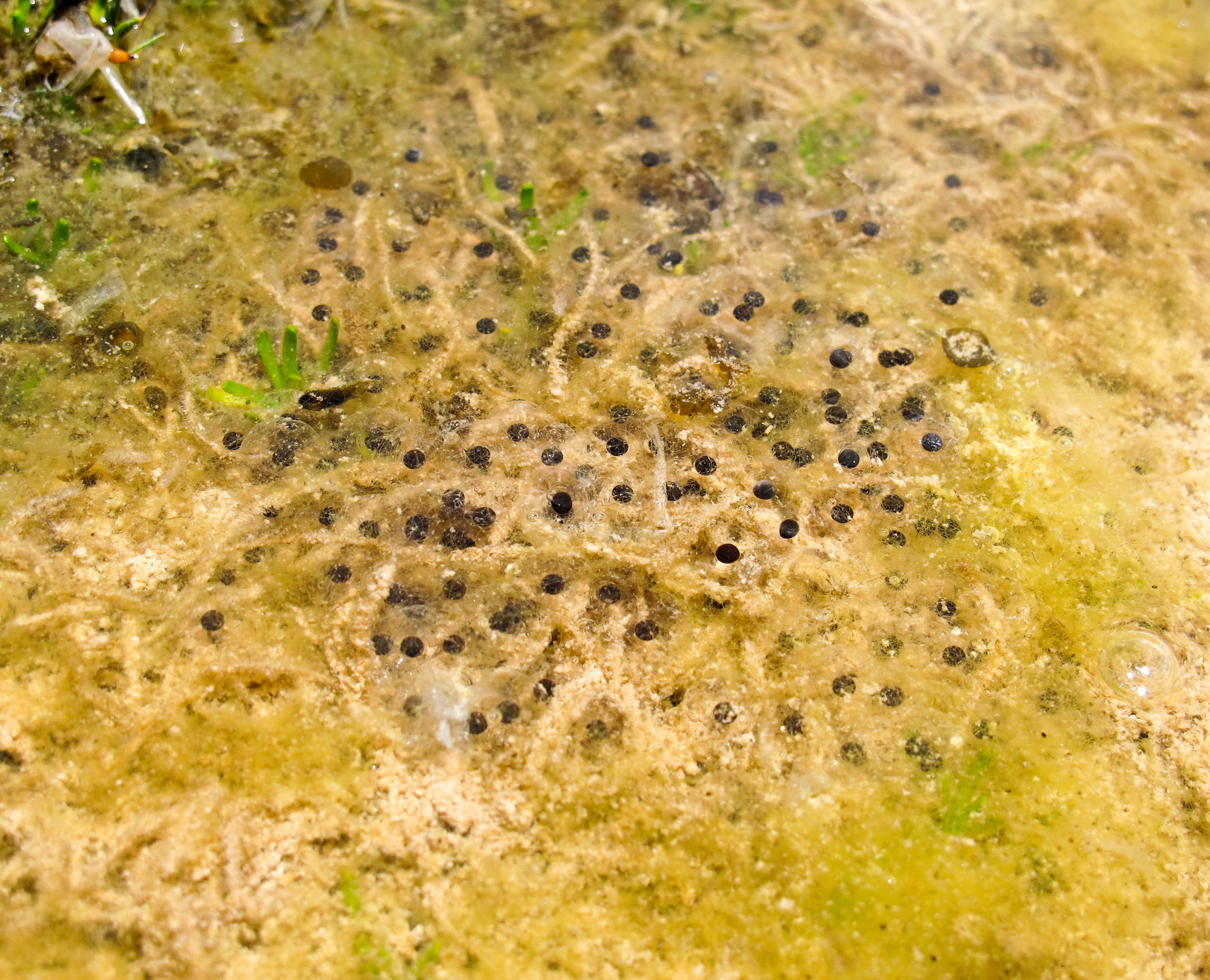 Specifically, our ongoing amphibian studies are focused on understanding the breeding phenology and effect of temperature on tadpole development. This information is important because little is known about the biology of how these amphibians survive at such high elevations.  We are also looking at the long-term populations data and impacts of chytrid fungus on these amphibian populations, and looking at monthly differences in Bd zoospore loads. From this data we can assess how the zoospore loads change between wet and dry seasons and if this correlates with mortality events.  We are also trying to understand if there are other factors contributing to amphibian mortality in our study site, and if other diseases like ranaviruses might be involved.  We are documenting how climate change is altering perennial and seasonal ponds in our study site by looking at isotopes, vegetation and water table changes, and observing how amphibians are responding to these changes. Amphibians are bellwethers of environmental change, and long-term monitoring of amphibians not only provides exceptional biological data set on how species are responding to climate change, but also tell us if these amphibians have the potential to become resistant to the disease chytridiomyosis.  Telmatobius are one of the most threatened genera in South America, and this work is important for amphibian assessments and informing discussions on conservation management and action.