Mammals of the Sibinacocha Watershed 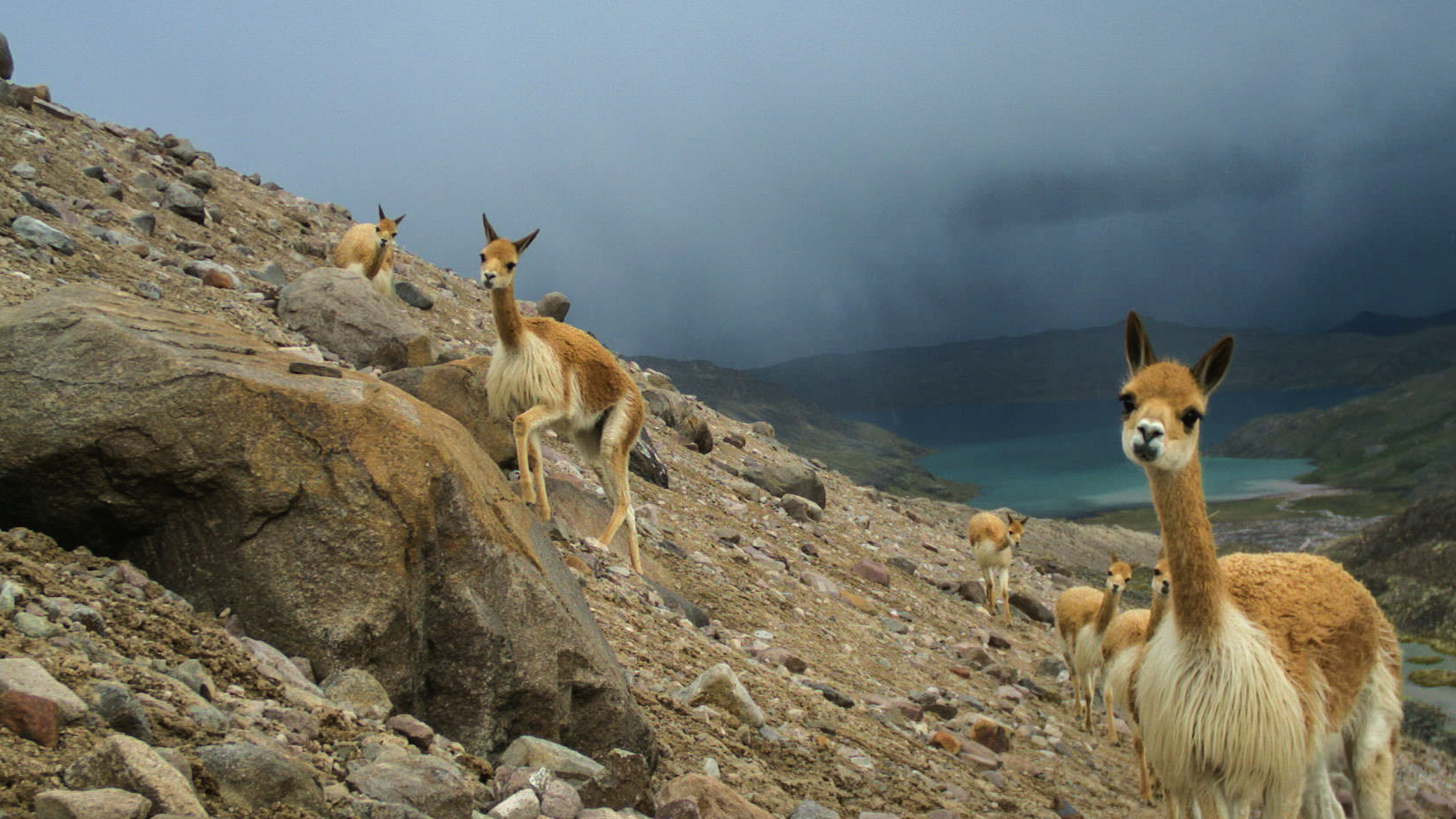 The high-elevation grasslands of the Andean Altiplano are among the least-studied biological ecosystems in the world. Extreme elevation, low oxygen levels, rugged terrain, and huge daily temperature changes create one of the most extreme environments on Earth. Species living in this region have had to adapt to these harsh conditions resulting high levels of endemism (species that are found nowhere else) and small, isolated populations leaving them vulnerable to growing pressure from increased human activity and rapid climate change. Conservation plans are needed to protect these populations from growing threats, however, very little is known about even the most basic natural history, ecology, and distribution of many of these species, making conservation efforts extremely difficult. The Lake Sibinacocha watershed and the surrounding mountains in the Cordillera Vilcanota provide a unique opportunity to study the mammalian community of this fragile environment. 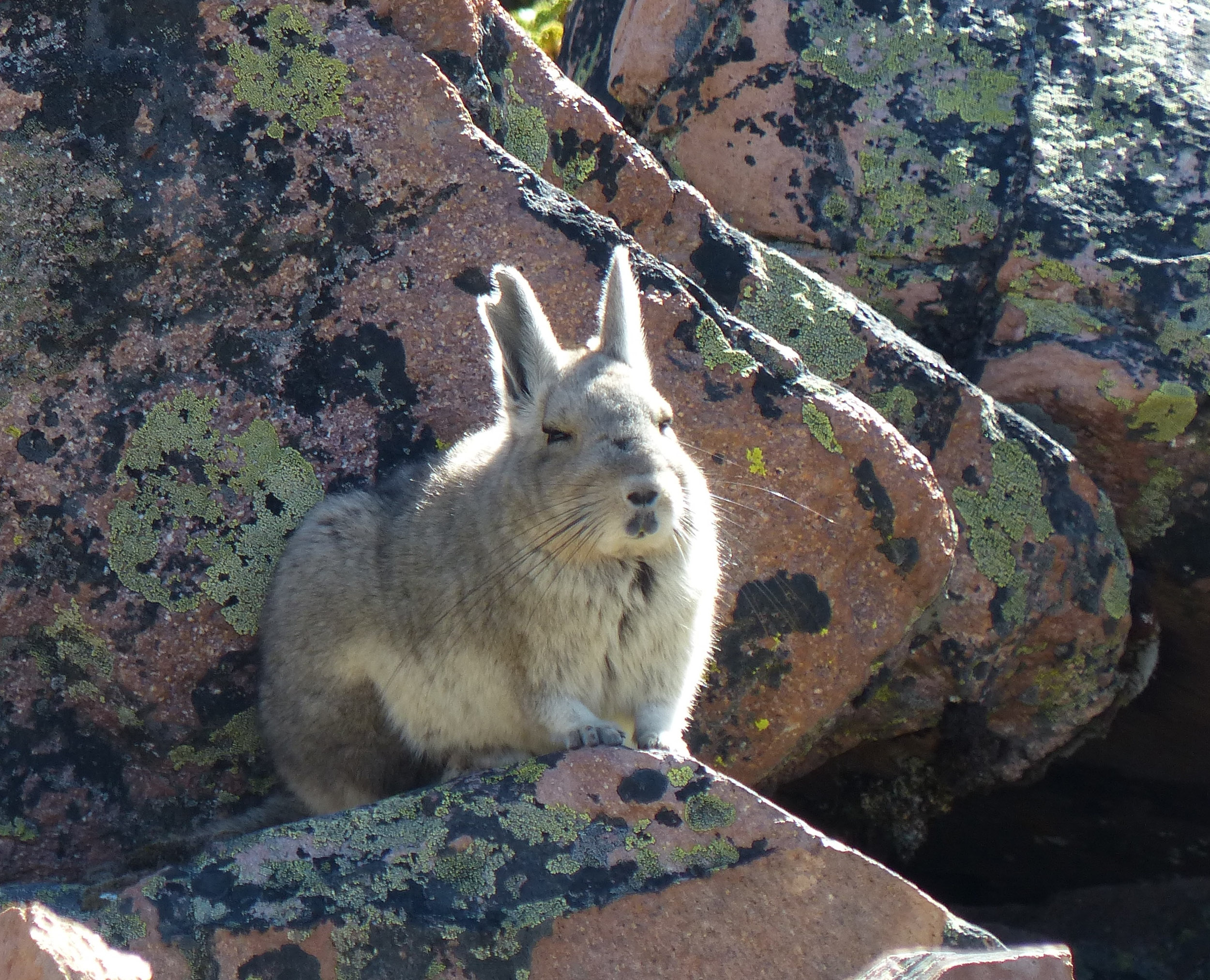 Adapting To A Changing Climate

The ecosystem of the Cordillera Vilcanota, including the Sibinacocha Watershed, is driven by glaciers. They provide a continuous, dependable, year-round source of fresh water that sustains critical wetlands, the key to life in this otherwise arid landscape. The greatest long-term threat to this region is rapid climate change. As glaciers recede, the amount of fresh water available is reduced. If they disappear completely, the only source of fresh water is seasonal snow melt, not enough to sustain the ecosystem. Native populations of plants and animals must either adapt to changing conditions or move to more suitable habitat. Species living at lower elevations can move to higher elevations as habitats shift, however, species living at the highest elevations may have nowhere else to go.

In the Sibinacocha Watershed, there are two groups of mammals: 1) larger carnivores and ungulates that are able to move long distances to seek out adequate habitat and resources, and; 2) smaller rodents that are restricted to isolated talus slopes due to a limited ability to disperse. These two groups are intimately linked. Rodents provide the prey base for smaller carnivores and are also important seed dispersers thereby impacting available food for other herbivores. Determining how both groups respond to the long-term threat of climate change and more immediate threats of habitat loss and degradation, poaching, and unregulated tourism is key to their survival. 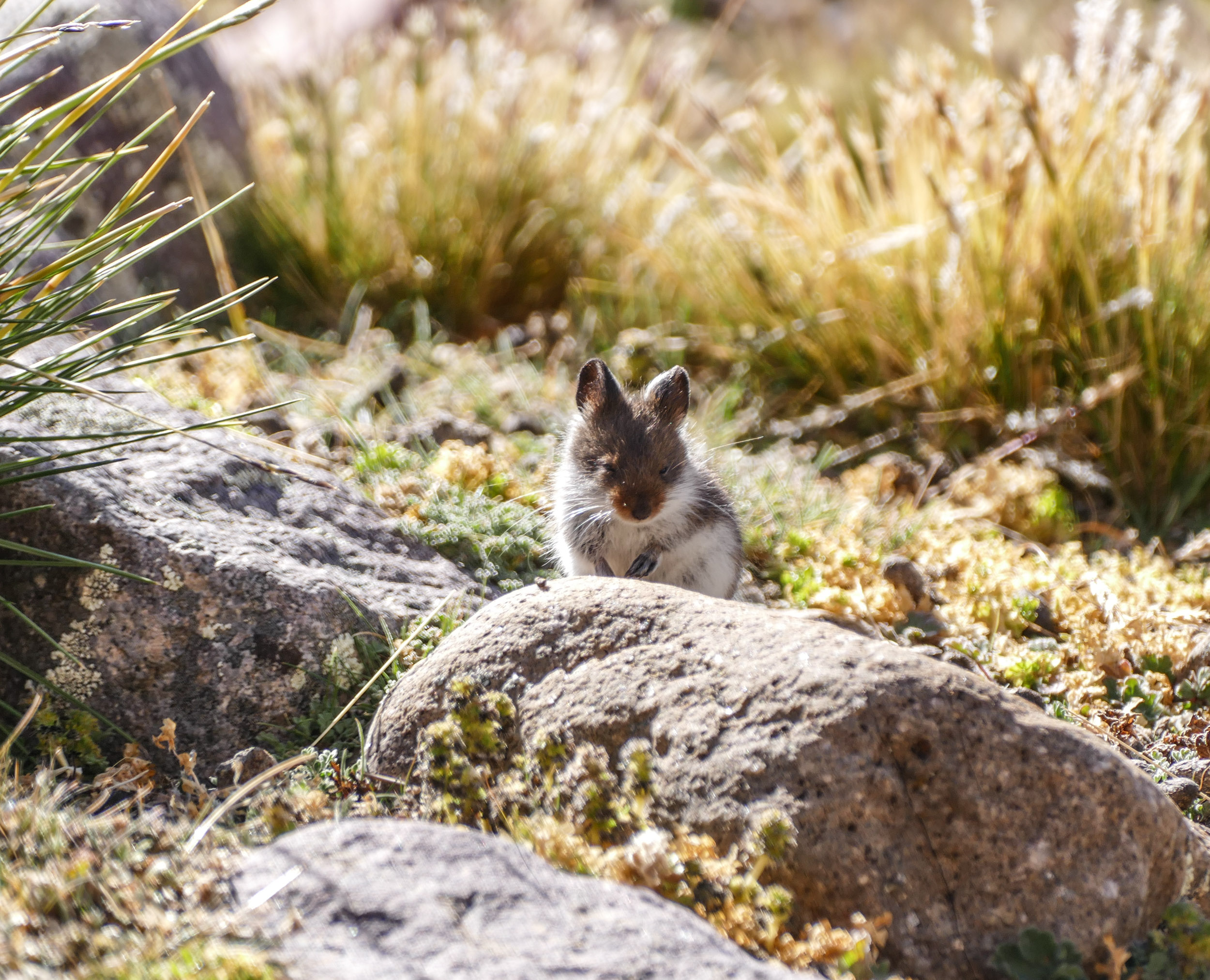 To  understand the impacts of these threats on mammal populations, we initiated preliminary mammal surveys in the Sibinacocha watershed in 2000. Rodent surveys conducted in 2000, 2001, and 2005 resulted in the documentation of 8 rodent species in 5 genera (Auliscomys boliviensis, Auliscomys pictus, Chinchillula sahamae, Abrothrix jelski, Phyllotis osilae, Punomys kofordi, Calomys lepidus, and Lagidium peruanum). In 2014, we deployed camera traps at 3 locations. Since then, the cameras have photographed puma (Puma concolor), pampas cat (Leopardus colocolo), culpeo fox (Lycalopex culpaeus), vicuña (Vicugna vicugna), and the taruca or Andean deer (Hippocamelus antisensis), most at elevations exceeding 17,000 ft (5,200m).

Additionally, we have observed tracks that may be of the endangered Andean Cat (Leopardus jacobita). The species is one of the top five most endangered cats in the world and very little is known about its distribution, especially in the Cordillera Vilcanota where its existence has be documented only by one study in an adjacent watershed.

Of the six large mammals documented in this region, only one, the culpeo fox, is not currently listed as endangered, vulnerable, or near threatened. Almost nothing is known about the population status of any rodent species. 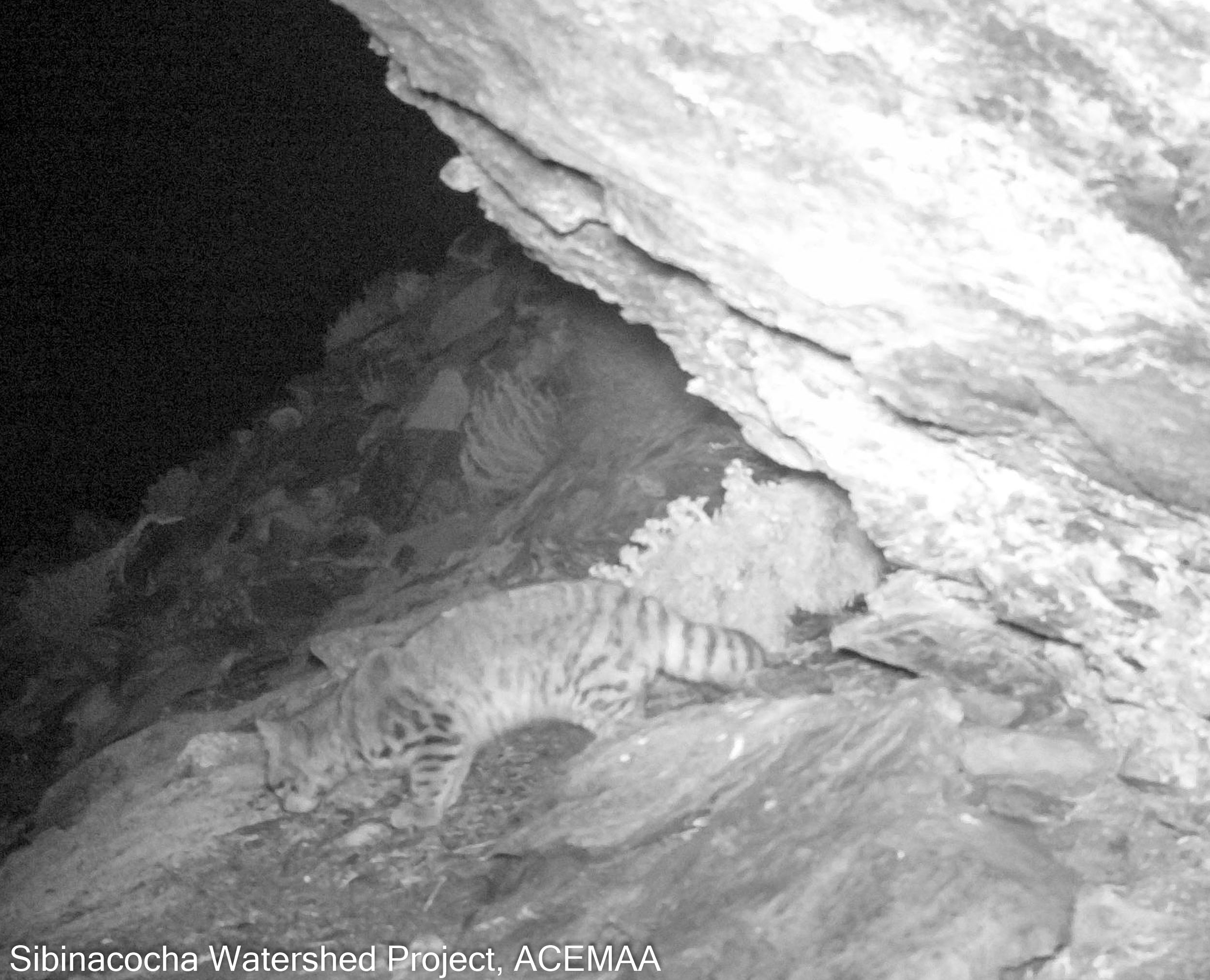 In May of 2018, we deployed 14 camera traps in several locations throughout the Sibinacocha watershed to begin investigating the distribution and habitat use of carnivores in the region with particular emphasis on documenting the presence of the Andean Cat. We collected our first photographs in August 2018. These photographs not only confirmed the continuing use of the watershed by puma, pampas cat, and culpeo fox, but gave us our first photographs of the Andean cat. This is only the second time the Andean cat has ever been photographed in the Cordillera Vilcanota. Moving forward, we plan to expand the camera trap effort by increasing the number of cameras to gain a better understanding of how these cats and other carnivores are using the watershed. On subsequent expeditions, we will also collect carnivore scat for DNA and diet analysis.

Additional surveys will be conducted to document rodent species distribution, abundance, and habitat use to determine potential prey base for carnivore populations. Baseline rodent surveys will also lay the foundation for more extensive, long-term studies to document shifts in animal communities in response to rapid climate changes. We will also work with local communities to engage them in conserving their local wildlife.

Because the Sibinacocha watershed is one of the world’s most extreme and threatened environments, understanding the impacts of these threats on the region’s significant biodiversity may be key to predicting the impact of global climate change on montane ecosystems world-wide.